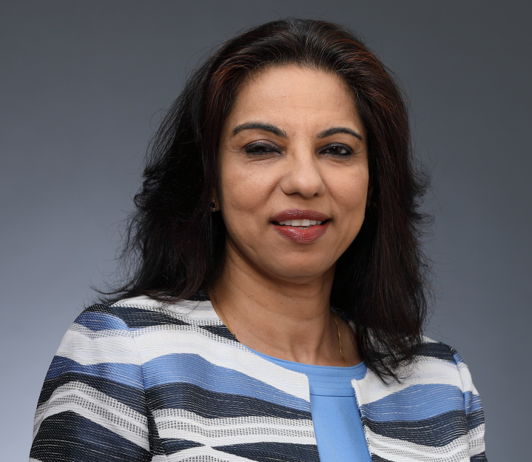 Ms. Sawhney has served as a director of the Company since June 2021. Ms. Sawhney has been Group General Counsel and the Chief Compliance Officer of Infosys Ltd., a global leader in next-generation digital services since July 2017. Prior to joining Infosys, she worked from October 2011 to June 2017 as General Counsel of Wipro Limited, a large IT service company, and at The Chugh Firm, a private law firm, beginning in 1997 until October 2011, with her last position being as Managing Partner of the Silicon Valley office.

Ms. Sawhney also sits on the National Advisory Council of SABANA (South Asian Bar Association of North America), an organization of which she was President from 2008-2009.